Often when one is asked "what is the key signature?" they will respond with the particular sharps or flats that are present in the signature.

While they may be correct in recognizing the sharps or flats present, the relevant fact is what is signified, or signaled by a particular key signature.

Properly identifying the key signature predicts the future, and it's easy to do.

Imagine that you are sight reading a piece. You've never seen this piece and you will shortly need to play it to accompany a violinist in her lesson in five minutes—or, even worse, you're asked to sight read it for the first time in a lesson! In front of you is a page of densely-written music. At first it just looks like black specks on the page. Knowing the key of a piece is a giant leap in making sense of the notes on the page.

Knowing the key in which you will be playing predicts the future in many ways, including:

So how do I predict the future?

Every key signature suggests two possible keys, a major key and its relative minor key. Identifying these key possibilities from a key signature is very easy.

Remember this for key signatures with any number of sharps: 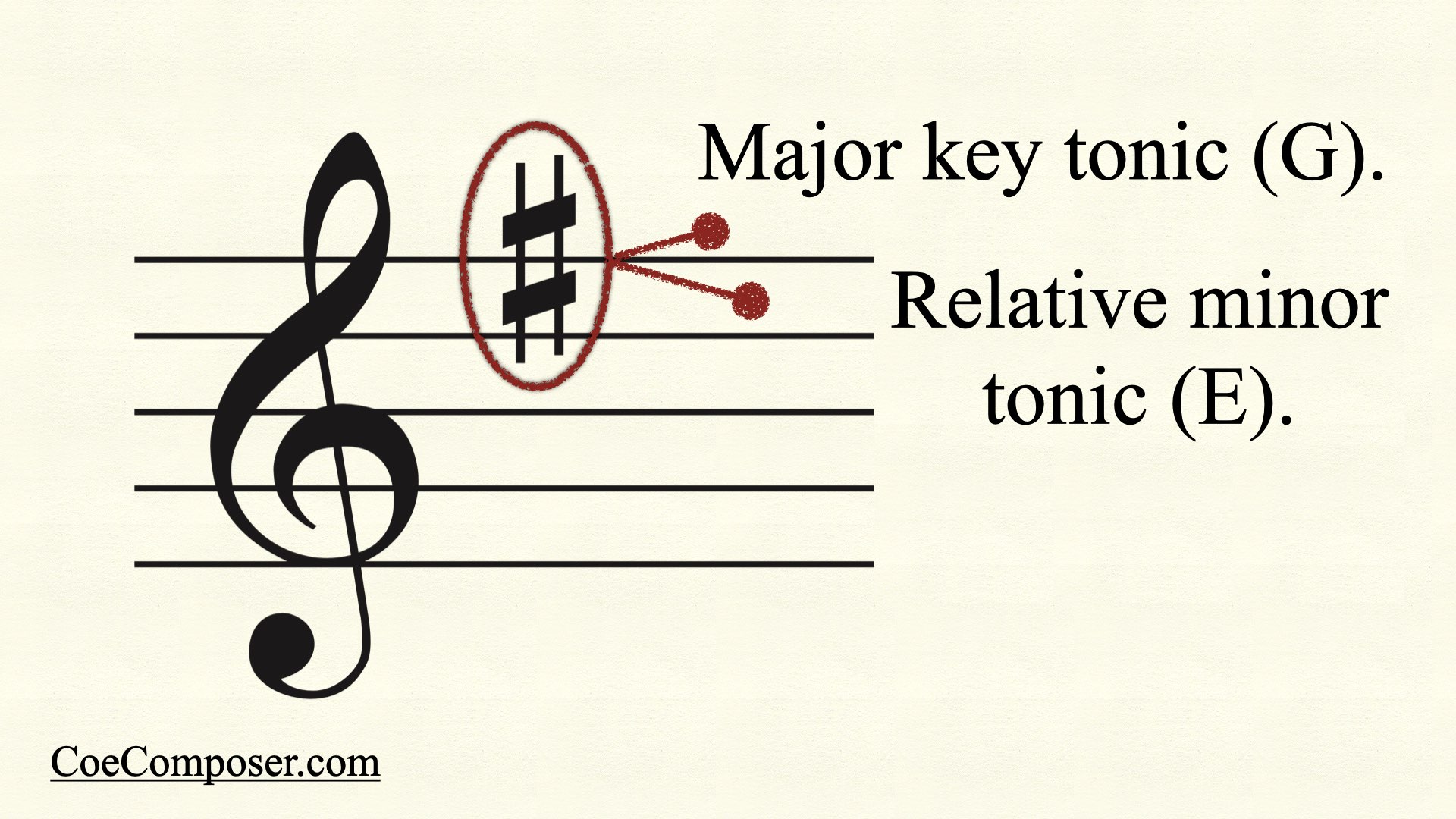 Notice that by step it is assumed that you are to go to the next or previous letter in the music alphabet.

In this example, you have one sharp in the key signature—F-sharp.

A step up from F-sharp is G and a step down is E, thus a key signature of one sharp is either G major or E minor.

There are two ways to approach key signatures with flats.

This first way works for key signatures with any number of flats: 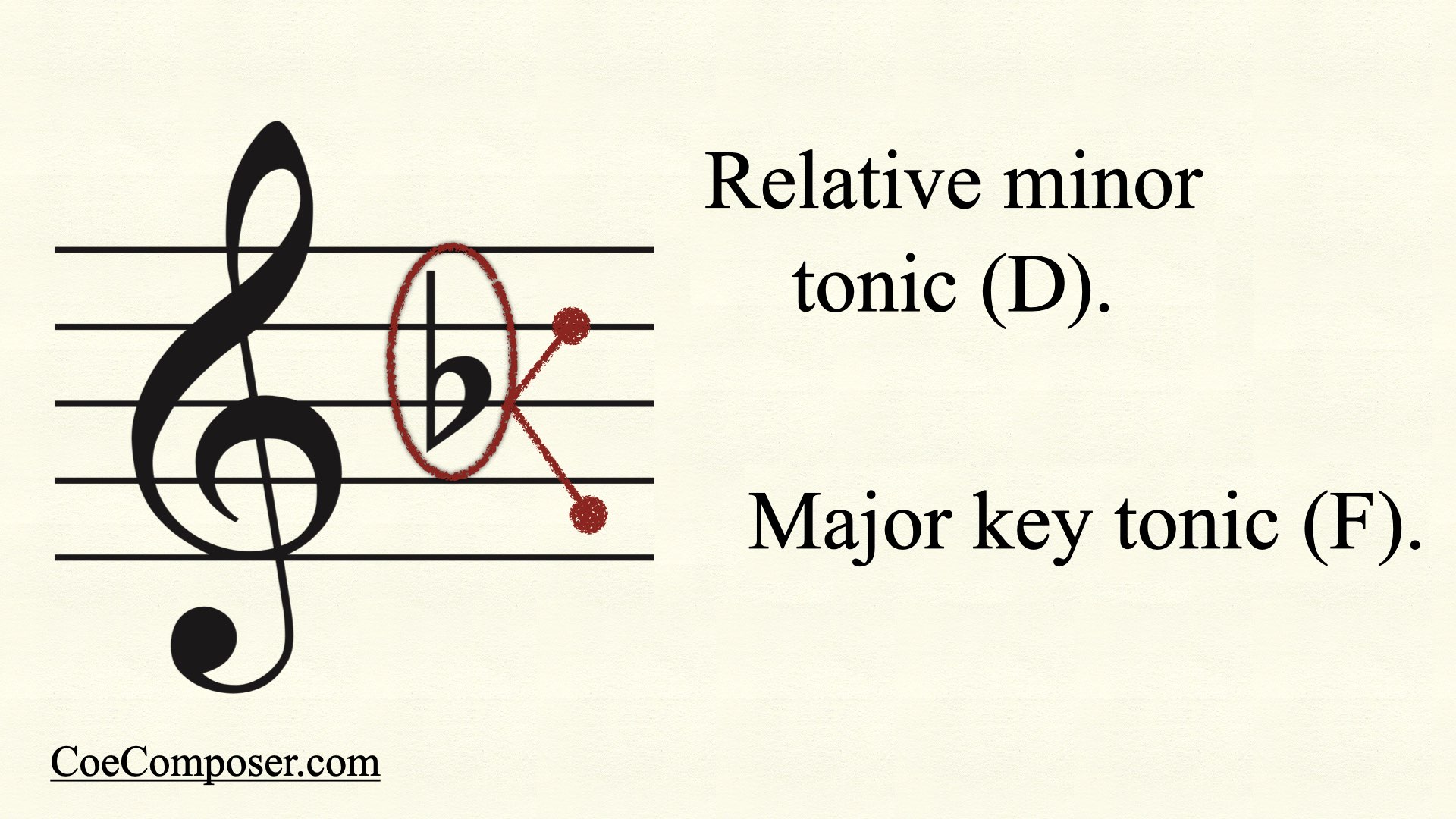 Another way, which only works for flat key signatures with two or more flats (but requires less counting) is as follows: 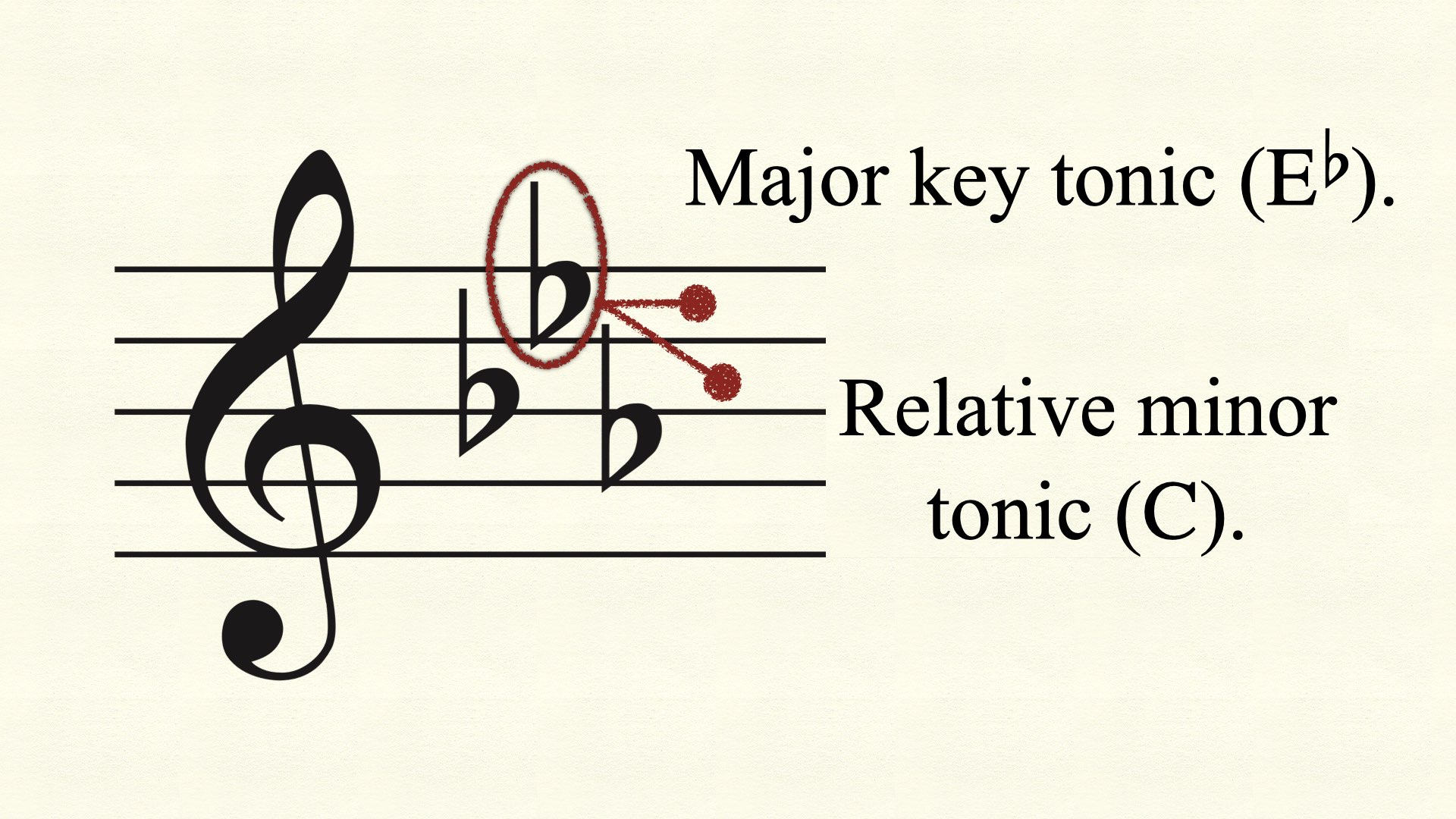 That is (summing up these two methods),

Using this method requires less counting, as the first step identifies the major tonic note directly (second to last flat!), but it only works with flat key signatures of two or more flats.

In conclusion, learning to quickly recognize key signatures is essential, as knowing what key you are in—whether sight reading or improvising with a band—is essential.

Use these tricks at first, but aim to commit your key signatures to memory soon!

Now go to any music you have and skim through the pages, identifying the major and relative minor key possibilities suggested by each key signature you find. Concluding exactly what key the music is in requires a few more steps, but this is an invaluable step on your journey!

If you found this helpful, I'd like you to have my downloadable key signature ID cheat sheet to help you in your music learning. Download your free gift here!

It's an easy to read textbook explaining the step-by-step process to understand music theory and how to put it to work for you.

Sign up to stay informed about how you can accelerate your music learning today.